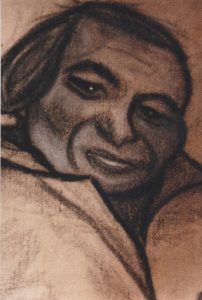 “He spit on you!” Blue shook his head disapprovingly. “Never saw you not stand up before. No, I don’t want your knife. And I don’t want no part in no voodoo game or whatever happened here. Take it some place other than the barrel. This is our place.”

“I don’t know about voodoo. But it’s definitely not a game.” I walked over to inspect the ground with the stage blood. Where the knife had been…where the Polaroid had been.

Three years ago, when the photograph had tumbled up to my feet, it seemed to have its own purpose, in synchronicity with some intention, that needed me as one of its elements. When I first examined the Polaroid, I couldn’t make out the image, but there was something familiar about the city landscape it captured. Looking back and forth from the photo to my immediate surroundings, I came to realize the image depicted the exact place I was standing. The viewpoint appeared to be about one hundred yards up on the Manhattan Bridge overpass. The surrounding buildings were the same, but the present-day shantytown was not there. Just an empty plaza with a single tree in the center, exactly where the tipi now stood, with a few weeds around its edges. The billboard on top of the tallest building was still there but with a different advertisement, a cigarette promotion from the 1970’s.

A Polaroid is not the same species as other photographs. An instant photo is an unusual object, an object in transformation, where the negative gives birth to the print in front of your eyes. It’s magical to watch the negative of a Polaroid transform into an image. The Polaroid that I had found, or that had found me, was endowed with something inexplicable in rational terms.

The same day I found it I had strolled up the Manhattan Bridge overpass to verify where the photo had been snapped. Walking up and then down the bridge, looking back and forth at the Polaroid, trying to find the viewpoint, I started to panic. I must be hallucinating. The viewpoint kept changing. It was impossible to fix the exact location where the photo was taken.

Gabriele had sewn the tipi cover out of 78 mailbags, the number of cards in a Tarot deck. The inner lining consisted of mailbags on which she had illustrated her oil stick interpretations of the Minor Arcana. Everything about the tipi in the shantytown, from conception to erection, had been initiated through my readings of the Tarot. I was comfortable with the laying out and reading of the cards as a method for revealing and interpreting reality.

But after finding the Polaroid I sensed I was being offered an arcane gateway of a higher order. The Polaroid was transforming. Or was it my psyche that was transforming? The image remained the same, but the viewpoint was in subtle but constant flux. With no fixed viewpoint, it was as if the photo had an inextricable connection to the land it depicted.

I considered showing Gabriele the Polaroid to confirm its reality, to confirm or deny my sanity, but I was under the belief that doing so would close off my access to whatever reality, sane or insane, I was offered to enter. I had at one point stopped sharing my Tarot readings with her for the same reason. However true a divination might be, it always seemed to fade into subjective conjecture when shared with an outside eye. I decided to keep my truth, my delusion, about the Polaroid to myself.

I had been hunting the gang called White Boy for the last two years. Hunting is the wrong word. I had been gathering information on the gang and tracking their graffiti tag. A couple hours almost daily, I walked within an approximately twenty-block radius of the Hill. Some days I trailed behind my mentor, Mister Lee who left the shantytown right after sunrise, returning late afternoon after spending his day hunting and gathering in the streets. He discovered objects no one else would even notice, let alone gather. Through him, I first discovered the White Boy tag.

On one of my walks right after moving into the shantytown, I happened upon Mister Lee on Mulberry Street in what appeared to be an emotional discussion with someone. As I moved closer, I could see he was alone. He was talking to a bare wall. I stood a short way off and watched. I could hear but did not understand his Cantonese. After about five minutes he walked away from the wall. He looked distressed. I stepped out on the sidewalk in front of him with the same fist and palm salute we used with each other every morning in the shantytown before we left for the streets. Mister Lee spoke Cantonese and some Spanish. I spoke a little Spanish, so our conversations consisted mostly of a few single words and animated hand gestures. He was confused seeing me here outside the shantytown. I pointed to the wall where his argument had been.

I walked over to the “Crazy Door” and Mister Lee followed. There was no door. Just a wall. But that’s when I first saw the White Boy tag on top of some graffiti. I would understand later that it was always someone else’s graffiti that he was tagging. I would also understand later that the “Puerta Loca” was actually there, but visible only to Mister Lee, and then later, partially visible also to me.

Mister Lee began talking to the wall, more calmly this time. Although I didn’t understand, it seemed as though he was making introductions for me, as though there was a real person or people standing there. He set his bag on the ground between us. Whenever Mister Lee left on his daily walks, he always carried the same large gray canvas bag over his shoulder. Everyone in the shantytown was curious about what that bag contained. The fact that he always kept it with him must mean it had something valuable in it. The only speculation was money, what else could be of value? He opened the bag and reached in. Without looking in, he rummaged around with one hand inside, apparently searching for something specific that he would know just by touch.

The dwelling Mister Lee had built in the shantytown was a marvel. A twelve-foot circular dome, eight feet high, consisting of layered corrugated cardboard tied together with strips of cloth using Chinese knotting, fellow residents often showed it off to visitors with the exclamation, “It was built without any nails!”

Mister Lee claimed that the inside consisted of many rooms, including one for the Queen of China, the Queen of Germany and the Queen of Russia. His scrawled placard over the door read “House of the United Nations.” Everyone of course chuckled at his incredible claims. I, alone perhaps, believed them as true, or at least as true as my own visions … hallucinations. Reality has many layers with permeable borders. Revelations to the self at reality’s borders most often read to our clinical modern world as psychic delusions. What realm of truth and vision existed in Mister Lee’s House of the United Nations? And what valuable object at the “Crazy Door” was he now about to pull out of his gray canvas bag? 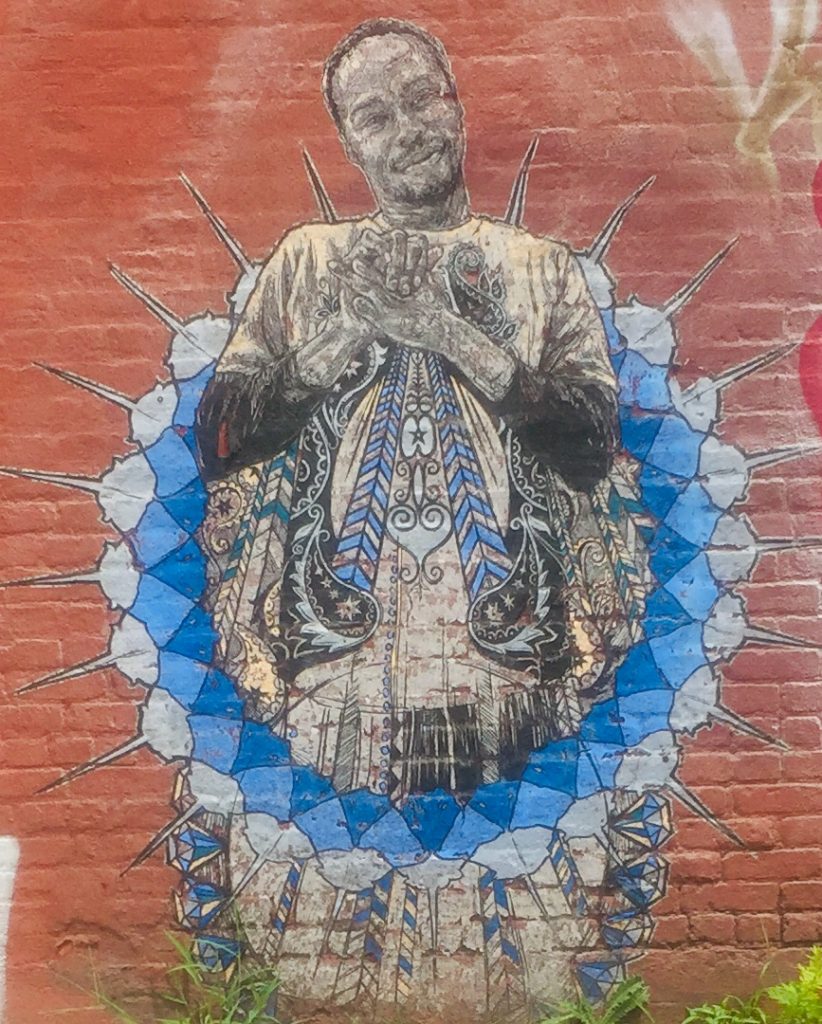