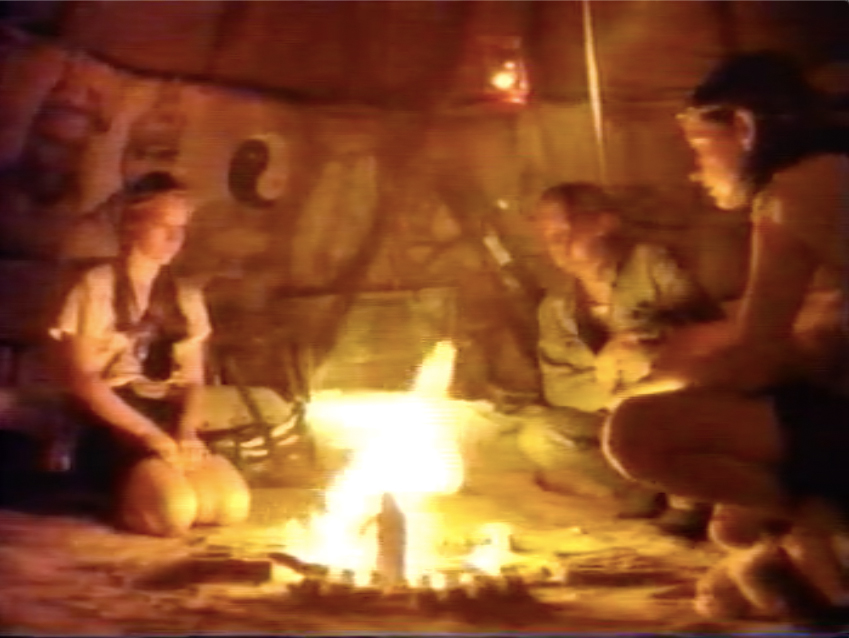 I divined this about Frick and Frack from what Blade had told me. My mission would be to prove it true. I’d search for facts, proof. At the beginning, my motivation for this investigation stemmed more from casual curiosity than a recognition of the righteousness in Blade’s quest for justice. But as I slowly uncovered pieces of the truth, the pursuer became the pursued, and I moved toward my own frenzied reckoning,

I accepted everything Blade told me as fact, but I was conflicted. I wanted Frick and Frack’s gang arrested and punished, but not necessarily murdered. I had no doubt that Blade would prevail in his mission, but if I could gather evidence, proof of White Boy crimes, I could possibly divert Blade’s street justice into the courtroom. My probe would be more casual than committed because I was of two minds, one half still with Blade.

The art project, the theatre project, entered into a new realm of paratheatrics for me. Now that the authorities seemingly accepted “the tipi in a shantytown,” “the war memorial,” as fact, I employed this new reality as a disguise, as a cover for my covert detective work. So I was playing a game, or many games. At a conscious level, I understood them all to be deadly, but I held fear at arm’s length, an emotion to study and control. I wanted to discipline the instinct.

The Thief, The Wolf, The Lamb. This game of Cops and Robbers involved a mishmash of identities that triggered various associations in my mind, none of them clearcut. The sacrificial lamb on the cross. The good and bad thief on either side. Good cop, bad cop. Wolf in sheep’s clothing. Who was who? And most perplexing, who was I?

The Canal Street jackknife in the right front pocket of my pants represented that fear. The dominant hand. I switched the knife to the left pocket, to confuse and thwart any reflex action. I accepted Artuad’s metaphysical thesis that “to act is to murder” as fact, so if all actions were fatal, I needed them to be premeditated, deliberate. My left hand always needed to know what my right hand was doing.

We had been shepherded to the Hill through such premeditated actions. The readings and personal interpretations of the Tarot deck led us to our new home, the tipi, our “house of cards.” Now that we were here, the ritual was reconstructed. My mornings still began with a Tarot reading, but now I also set the Polaroid face down next to the layout of cards. When the reading was completed, I turned the Polaroid face up as the final arbitrator, the subtle transfigurations in the image honing and guiding the day’s intention and investigation.

Gabriele’s interpretation of the Minor Arcana also transformed. The enigma of the Polaroid prompted us to buy our own Polaroid camera, and as she came to know individual neighbors, she asked each to pose for an instant photograph. From the study of these captured faces – the authenticity and humanity revealed by actual particles of light captured in these singular snapshots – she drew their portraits, the court cards and archetypes literally brought to light.

By the time the whole of the inner lining consisted of portraits, I no longer was bringing a Tarot deck and the enigmatic Polaroid out of the medicine bag for my morning premeditation. The Tarot was living now. We were walking and talking within it.

Through intention, habits and routines can be transfigured into ritual. Gabriele and I woke up regularly at dawn. By then, the fire that warmed us into sleep the night before was burned down to ash in the fire pit. Once fully awake, I pulled a stick from the pile of kindling we kept on hand and traced a circle in the ash, revealing the glowing embers of charcoaled wood still alive. I then traced the pentagram into the circle, the logo of Thieves Theatre in honor of our father, the thief and god Prometheus.

In defiance to the other gods, Prometheus gifted humans with the mystery and magic of fire. The gods were afraid that the freedom and autonomy it afforded would allow humans to one day overthrow them. With fire, feared by all predators, homo sapiens evolved from prey into predator. The mouth of the cave, the lean-to in the forest, the stretched animal skin in the desert or plains, became a home with the warmth and safety of fire.

Arranging the kindling sticks like tipi lodge poles onto the Thieves logo, adding piled strips of yesterday’s newspaper, separating and pushing the live Promethian embers onto the paper, I gently blew life into the new day’s fire.

Morning coffee became as intricate as a Japanese tea ceremony. We made a pot of what we called “cowboy coffee.” We heated a small pot of water to the boiling point then threw in the coffee grounds. Through a tea strainer we poured enough coffee to fill each of our oversized cups. I walked to the bakery across the street, returning with two still-warm Chinese custard buns and two take-out coffees. One coffee black, the other nearly all milk. We added the milk to our cups. Soon after, as usual, Tito stood outside at the door flap, just before Gabriele left for her day job.

In a soft voice, “Nick, you awake? You got some coffee?”

If it was still warm, I gave Tito his black coffee and three sugar packs, otherwise, I heated it first in the pot over the open flame.

At roughly 60, Tito is the oldest of the heroin addicts. I marveled at all the thieves on the Hill, but especially Tito. The urgency driving their lives was so much greater than my own. I saw the horrible courage it took to wake up in the morning with nothing but the addiction and the will to face life one more day. Each day meant stealing and fencing at least $50 worth of merchandise. The thieves were mostly lone wolves like Tito, each with their own methods and specialty.