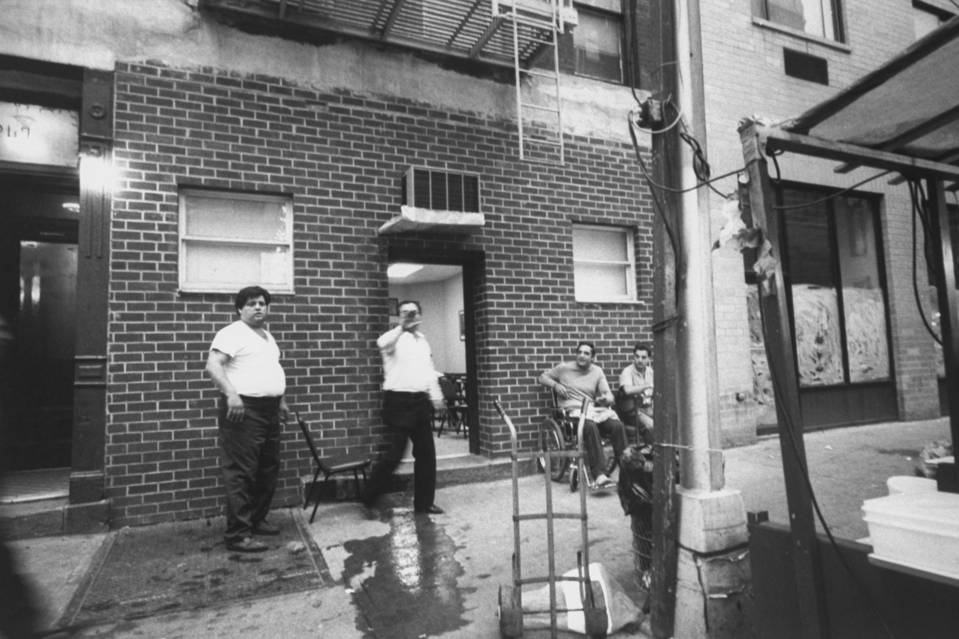 I take note that the pack of Winstons has a small gold eagle icon on it, the American Eagle being part of their current branding campaign. I take one cigarette out of the pack to share again with Gabriele and put the remainder with the Polaroid back into the mailbag. Eagle tobacco.

My intensified study of Indian cultures in preparing to erect a tipi had shored up certain symbols and beliefs that I had already partially embraced. Much of the study centered on how the once scattered and individually unique Plains tribes had integrated with the ascendancy of the Ghost Dance religion and the part that this newfound cooperation played in the Wounded Knee Massacre.

The Paiute religious leader Wovoka grew up under the influence of Christian theology and Bible stories. He prophesied a biblical Judgment Day and the redemption of Native Americans. The Ghost Dance was to end westward expansion and bring about the reunion of the living and dead. Warriors made and wore ghost shirts for the Dance. The shirts were thought to prevent harm, even repel bullets.

When my brother Steve died, I kept one of his shirts. I only brought it out to wear ceremonially when I knew I was walking into a dangerous or forbidden situation. The shirt was a simple blue and yellow design that in spirit and essence resembled the ghost dance shirts the warriors had worn a century earlier. I wore it the night we erected the tipi, and it was now stored in my mailbag.

The mailbag’s contents synthesizes past and present talismans, symbols from my life. It contains three differently interpreted Tarot decks, the Polaroid, my indecipherable concrete poems, my brother’s ghost shirt, and now the Eagle tobacco. Later it will also contain the mysterious gift of the ghost shirt from the anonymous donor following the dedication ceremony. It is my medicine bag.

Over the next several days, I told the story about my arrest and stay in the Tombs, an edited version that I settled on and that didn’t include what I had learned from Blade. Most on the Hill had been put through the system more than once, so my adapted story was not much different from their own. But I now detected a marked change in their demeanor toward me. I felt as if I had been initiated into their fraternity of thieves.

The only thing that surprised everyone was my arrest by Frick and Frack Fury. This was out of character for these dirty cops. Their MO was to detain thieves as they carried their booty en route to “the fence” or to the East Village to sell on the street. No arrests. They simply seized the merchandise and threw it in the back of their Fury. The East Village sidewalk sales were only periodically raided, much like the equivalent Canal Street sidewalk spreads of counterfeit brands. Both sites functioned as temporary autonomous zones that kept the “cops and robbers” economy humming.

Frick and Frack sold the valuables they confiscated into the same network as the other thieves. The items of little value or worthless were usually not seized and my stolen roll of linoleum should have belonged in that category. But as instructed, Eddie had guarded it where it had lain outside the tipi. Frick gave him a five-dollar bill when he retrieved it to be used as evidence in my arrest. “You’re the man, Eddie.” This unusual incident confused and intrigued Eddie and the Hill thieves. Not me. I knew Frick and Frack’s motive was to identify me, but I pretended to be as baffled as they were.

The fence was one member or another of a social club on Mulberry Street. Everyone assumed it was mafia connected, but they were confounded when press reports came out that the FBI had been monitoring and wiretapping the social club for evidence of racketeering. The year before, they had even arrested John Gotti in the apartment above the club. The Hill thieves’ daily visits there had been, maybe still were, under surveillance, but they had obviously been given a de facto license to operate.

Mafia vs FBI, that was the bigtime in the game of cops and robbers. The 5th precinct, specifically Frick and Frack, had undoubtedly been instructed not to make any arrests for fencing stolen property. Knowing that the FBI were attempting to build a racketeering case against the club members would have put Frick and Frack on high alert. The social club was part of their crime network. The FBI investigation could potentially expose them. Their suspicion that I was police stemmed from that concern.

But my full identity was now known. Our past theatre projects had been extensively documented in the press, so I felt fairly secure that Frick and Frack no longer viewed me as a potential threat, just a wacky artist activist. They knew who I was, but I only had my suspicions about who they were. I suspected they were more than just the penny-ante dirty cops everyone on the Hill witnessed them to be. I came to believe they were connected in some way with the White Boy gang. The crew of “vampires” that Blade was hunting down to render justice.

I divined this about Frick and Frack from a piece of the story Blade had told me. My mission would be to prove it true. I’d search for facts, proof. At the beginning, my motivation for this investigation stemmed more from casual curiosity than a recognition of the righteousness in Blade’s quest for justice. But as I slowly uncovered pieces of the truth, the pursuer became the pursued, and I moved toward my own frenzied reckoning,