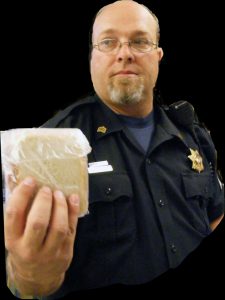 The guards pass out one bologna sandwich to everyone about every six hours. Sometimes they’re worth a cigarette in trade. A Hispanic kid walked up to me asking for a phone call offering his sandwich. The kid didn’t look old enough to be locked up with adults. He clearly had no money or cigarettes to trade and his sandwich was worthless to me, but I felt obliged to help him and was going to agree to the trade. Jake quickly stepped in, “No way, kid, get the fuck away from me.” The kid scurried off. He sat on the floor against the wall, unwrapped his sandwich and started eating it. I turned to Jake with a “What the fuck?” look on my face.

“Kindness is weakness.” Jake said, like it was a proverb he had memorized from some degenerate bible.

This is what hell must be like. Full of twisted proverbs and perverted codes of conduct with fallen angel Jake guiding and guarding me. He was asleep now, having nudged sick Frank out of the prized corner piece of real estate. So he didn’t notice when I ushered the Hispanic kid over to the phone to make his call. Kindness is not weakness, neither is it strength. It’s just human nature.

Jake had told me to wake him if anyone wanted a trade. I had more cigarettes than I needed and hoped the trading was over, which it seemed to be. After maybe two hours sleep, Jake awoke on his own. When he stood up, Frank immediately scooted over to the corner.

“Wednesday.” I had no idea what hour it was, but that much I knew.

Frank was desperate. “No, man, I mean how long have I been in here.”

Frank had mostly sat huddled on the floor the whole time I’d been here. I lit a cigarette and handed it to him. He took a drag. “Menthol! Thanks.”

Jake looked back and forth at us, shaking his head in disbelief, and raising his hands in surrender. “Un-funkin-believable.” I sat down next to Frank. “I need to doze off for a while.” “Alright I’ll watch out,” Jake said, “but borrow me one of those Kools you gave Frank.” I fished out a Kool for him without argument. The benches occupied, I curled into a fetus position on the floor and went straight to sleep.

I wasn’t sure how long I was out when Jake kicked me awake. “Get up. They’re moving us.” A guard was inside directing individuals. He tapped one of the sleepers with his nightstick. The guy flew off the bench confused, fists up combat ready. He quickly assessed what was going on and calmly walked toward the open door where the other guards were waiting. “They’ll be splitting us up. Let me borrow a couple more cigarettes.” I handed Jake three.

They took us out five at a time. For this move they handcuffed us together – left hand to right hand as we stood in a line – then ushered us outside to the paddy wagons which had two metal benches running their length on opposite walls. Just enough room for two groups of five handcuffed inmates to sit facing one another. They were moving us to the holding cells attached to the courthouse.

The thief was sitting almost directly across from me at the back of the wagon. I didn’t want to make eye contact.

The ride should have been short since the courthouse was only a few blocks away, but the driver and guard made a stop. After not moving for about five minutes, one of the sick ones toward the front of the wagon started vomiting. Everyone else shouted and beat on the walls. Handcuffed together, this was a group effort, a rebellion of sorts. The back doors swung open. The guard stood there nonchalantly, cup of coffee in hand. “What the fuck, assholes!”

Everyone began clamoring at once, but the thief, calm and collected, was closest to the open door.  “The guy up front puked all over. It stinks like shit in here.” The guard came slightly closer trying to see what was up front but stepped back quickly. “Aw man, you’re right. Smells like shit. He probably shit his pants too. A most unpleasant situation you guys got yourselves into.” And with that he closed the doors again as the crew yelled in protest.

The thief and I caught each other’s eye. “We’ll probably be in the same cell. I’ll need to make a phone call when we get there.” I looked away without answering but then looked back immediately. “Alright, six cigarettes.” He looked hard at me a few long seconds. “Yeah, sure.” Difficult to cipher what he meant. Yes ok, six cigarettes, or, yeah I’m going to fuck you up big time and strip you of your little stash. I had said it impulsively but we both knew what the calculation was – three for the call plus the three he had stolen from me. Was I “wising up” or too smart by half? Jake wasn’t there to instruct.

The thief was right. We were put in the same cell. But I wanted out of the phone call business. I had more than enough cigarettes. Getting transferred to the courtroom holding cells meant that arraignment and freedom were, if not imminent, then at least calculable in hours not days.

As soon as we got into the new cell, he motioned me toward the phone. He picked up the receiver to hand to me. ”I don’t have much time left on my phone card,” I said. “I need to save what’s left for my own calls.” He let go of the phone receiver, looking like he was ready to swing at me. Instead, he pulled a pack and counted out six cigarettes, offering them to me. I looked away for a couple seconds as though deliberating. “One call.” I took the cigarettes, put them away in my pack, placed the call for him, and walked to sit on one of the benches.

No Jake here, which was a relief. He would have wanted to start up the business again. Except for the inmates who rode over with me in the paddy wagon, I recognized only a couple people from prior cells. One of those was the lone wolf. He was now standing right in front of me. I forced myself to look into his eyes without glancing at the scar. Was I sitting on the part of the bench he wanted to claim as his?

“You got a cigarette to sell?” he half whispered in his gravelly voice. I shook my head no. I was done bartering but I was afraid to cross him. I braved a suggestion. “I’ll share one with you.”

We sat next to each other, heads against the wall, staring ahead at nothing. I lit the cigarette, took one long drag, and passed it over to him. He did the same. I hadn’t enacted this ritual since I was a teenager with friends. And maybe with Gabriele on a few occasions. Here, now, sitting with a stranger, it felt oddly comforting. I thought of the tipi and how historically important tobacco was to most Indian tribes, used both in ceremonies and in trade. Sitting and sharing this pipe for a few peaceful minutes with a stranger who could be either enemy or friend, I felt a tinge of hope. Maybe I was just in purgatory, not hell.

After putting the butt out on the floor, I pulled out two more cigarettes from my pack and offered them to him, braving another proposition, “I need to close my eyes. You alright sitting here for a while?”

“They call me Blade in here. You gave me this,” nodding down at the two cigarettes on top of his wrapped sandwich sitting on the bench between his legs, “so you can call me Richard if you want. That’s what my mother calls me.”

Fallen angel Jake whispered in my ear. Kindness is weakness. “That wasn’t a gift. You’re going to watch out while I get a little sleep, right?”

“Like I said, my name is Richard. To the rest of these motherfuckers, I’m Blade. Nobody is going to bother us. Get some sleep.”

I was uneasy with the conversation and uncertain about our alliance, but I was too exhausted to care. I leaned my head back again, nodding off almost instantly. When I awoke my head was leaning against Richard’s shoulder. Uncomfortable with the intimacy, I stood up quickly, taking a couple steps away.

Richard stood up after me and started stretching. “You were out an hour or more.”

“Thanks.” I pulled out my pack to give him another cigarette.

“That’s alright, I’m good.” His stretching became an elaborate, obviously practiced, routine. Each muscle and joint was tested. Rotating his wrists, they cracked loudly. After a couple minutes he caught me staring at his scar despite myself. He slowly, almost menacingly, sat back down on the bench next to me.

“They made a big mistake. I’m not like the others. They should have killed me.”

He must have read my apprehensiveness and confusion. “Relax. You haven’t seen a scar like this before, have you.”

“No. What kind of operation was it?”

“Yeah, I guess you could call it an operation. Let’s share that smoke you offered me.” 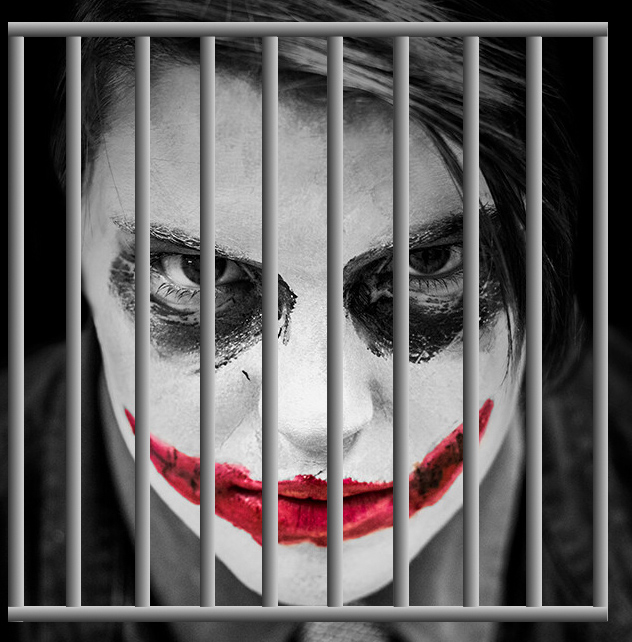