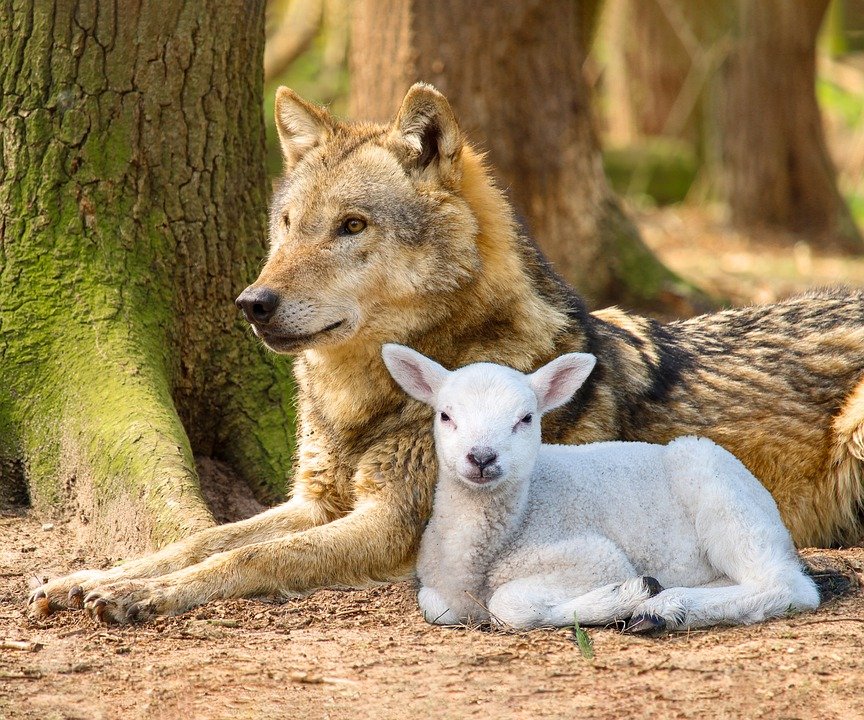 I kept my head turned as I listened. The story went on for what seemed like forever. Who was this crazy man sitting next to me? I was at turns in shock and in fear but always completely enraptured by a story that had so many parallels to my own. I had walked once in a place like where this man was now walking. I wept as openly as Richard wept and raged as silently as Blade raged.

The chapter ended abruptly without segue. Difficult to tell whether it was Blade or Richard who closed it. “Let’s share another smoke.”

The overlapping stories of Richard/Blade were less confession than jagged blend of therapy and decree. Therapy for Richard in the catharsis of repressed emotions over the loss of his brother. Decree by Blade in his promise to visit vengeance upon his enemies.

I lit another cigarette and passed it over to him. It appeared to be Richard, not Blade, who took a short drag, smiled, and passed it back to me, “Can you blow a smoke ring?” I was a teenager when I last attempted one as became apparent in my feeble execution now. “Nice try, Nick.”

Richard saying my name caught my attention. But what put me on high alert was seeing him stand up and begin his elaborate stretching ritual from earlier.

I had experienced the story session as a private exchange, but I became conscious now of what Richard/Blade had already sussed — that this was only half-true. I looked around at the others in the cell and noticed their side-eyed glances at us. Although the words had been muted and distanced enough to be unintelligible, the animated testimony itself had obviously been witnessed.

It was Blade not Richard readying his muscles for action, “I’ll be right back. I’m going to take a little tour of the premises. All these curious motherfuckers.”

He began the wolf prowl I had witnessed earlier. The inmates had not congealed into the tight groups of prior cells. Most were solo or only loosely knit, due primarily to the knowledge that arraignment, with either freedom or Rikers, was in sight. Blade walked casually through the inmates in a half circle. The thief, alone, was leaning on the bars next to the door. He stood up straight as Blade approached. I anxiously watched their exchange.

The conversation was brief, radically different in choreography from what had transpired between Blade and Jake. The thief was glancing downward to the side. Before long he pulled out a cigarette, handed it to Blade, then resumed leaning against the bars. Blade put the cigarette behind his ear, turned his back to the thief, and walked back to me. “We have another smoke to share after your story.” He sat down next to me.

The peaceful surrender of the thief should have been reassuring to me. Instead, it underlined the fact that I had no clue who was sitting next to me. Who was this asking for my story, Richard or Blade? And what story was he looking for? A flurry of emotion was triggered in me, a blurred and sinister recall of a psychotic episode in my life that I barely managed to survive. I did not want to relive that experience in its telling. I was not seeking the same raw and horrible catharsis I had just witnessed in my new friend. I began to panic.

But it was Richard who came to my rescue. “I think you were talking about how the Army saved you from jail.”

Reprieve! I was allowed to share a simpler, easier life story. Though in the coming days I would second guess how much I should have revealed, right now, at this time, I felt obliged to highlight where our individual stories were related. So I told him about my relationship with my dead brother Steve. He looked down, nodding his head every now and then as I spoke, but never interrupting my monologue. Then came my surprise. After telling the story in the measured, practiced way I’ve told it before to other friends, I had a revelation that I only fully grasped in its spontaneous utterance. “I guess I’m still looking for Steve among the heroin addicts I’m living with now.”

The lull in my narration was interrupted when the guard called my name. Flustered yet relieved, I stood up quickly and moved toward my freedom, but then I turned abruptly to look at Richard. I pulled my cigarette pack out, offering it to him. He didn’t reach out to take it, just sat there, smiling large at me. The guard called out my name again. I tossed the pack on the floor in front of Richard, moving quickly toward the door. Being handcuffed outside the cell, I looked back. The pack was still on floor, and Richard was still smiling at me. He raised his hands slightly above shoulders, index fingers pointing upward. Blade shooting bullets into the sky or Richard rejoicing in a dance. That image and his story was to haunt me and to fuel my hunt on the Hill. The hunt for the ending of a story that had only just begun.

Of the four of us in the next cell, I only recognized one, the kid to whom I had gifted the phone call. He was smiling. The first genuine smile I had seen in three days.

“Thank you again for the phone call.”  Another Tombs’ first, he offered me a handshake. Uncomfortably, I took it.

“No, my mother was going to work a double shift. I was supposed to be there when she got home. She would’ve been worried if I hadn’t been able to leave her a message. I got to talk to her last night. She’s going to the public defender’s office today. A group of kids were breaking windows on cars in the neighborhood. The police thought I was one of them.”

His openness in telling me all this took me aback, “If you didn’t do it, you’ll be alright,” I said, dubious even as I uttered the words.

“I was stupid. The cops saw me looking in one of the cars. One of them said they saw me reaching in through the broken window. But that’s not true. Should I tell the judge I was just curious? Is he going to believe me over what the police say?”

I am twenty years older and an experienced jailbird to him. He probably thinks I should know the answers to these questions. I played the part he needed me to play. “Don’t worry about it. The lawyer will tell you what to say.”

“I hope so. Nothing like this has happened to me before.”

The kid’s honesty and guilelessness shamed me. Didn’t this innocent just go through the same ordeal I did? Or even worse? I had acquiesced immediately to the jailhouse culture, while this lamb had walked through the same cells seemingly unscathed. I felt like I had gone through hell. He looked no worse for the wear.

“It was hard to get any sleep. Somebody pushed me off the bench when I was sleeping. I had to sleep on the floor. And somebody tried to take one of my sandwiches, but another guy stopped him. They almost got into a fight. Other than that, it was okay.”

The kid suddenly got me thinking. Did my fear conjure up a reality that never existed? No! Blade was real, so were Jake and the thief. But that left the question: why were they such a big part of my world and not of his? I thought it was my phone card that saved me, but maybe it was something else. Not luck exactly, but something bestowed on the worthy, and sometimes even on those unworthy. The gift of Grace.

Within minutes of this conversation, a guard called out my name from a docket sheet. He opened the cell and I walked in the direction he pointed. No handcuffs this time. I didn’t look back at the kid and his smile. I didn’t have to. It was etched into my memory, the same as Blade’s. In my head I was writing a parable from my experience of the Tombs. Its title was The Wolf and the Lamb. 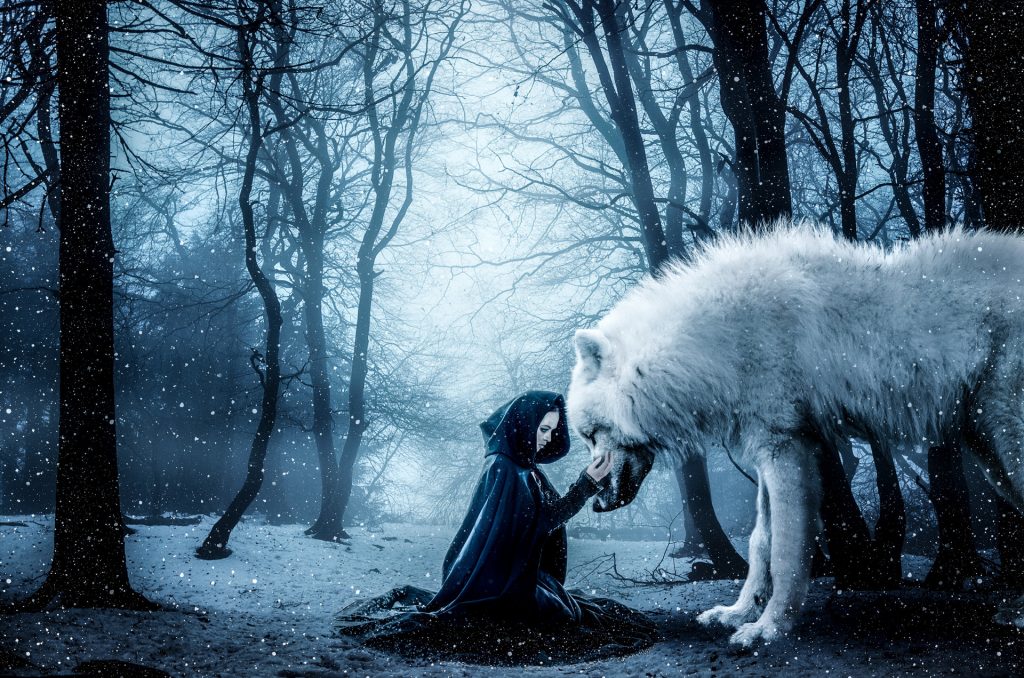